Jon Adams is our headline speaker at the Inside/Outside symposium.

“I’ve always felt different from what is usual, from what’s expected. I was called strange peculiar and, on rare occasions, abnormal. Which now I realise I should have found offensive at the time.

I was supposed to fit a pattern that others could see, not me, but it seems I consistently failed them, I failed their criteria. I did not fit in, I didn’t see their patterns that only they could see, so I was an anomaly.

But the question should be, I was anomalous compared to what?

Now I realise looking at this with some experience, and from the outside, that I was not at fault but their pattern-finding and creation was. This is because their criteria as to what was to be considered normal was not inclusive but wrong.

Autistic people are seen as anomalies, we suffer not by being innately autistic, but because of attitudes as we’re seen as broken diseased or as lesser humans because ‘something must be wrong with us’ as we don’t fit ‘others patterns’. I’m only broken by others attitudes and because we are not in charge of our narrative, language or future certainty of survival through possible and threatened genetic engineering … which all in all adds up to a form of mass cultural betrayal adding unnecessary trauma to the autistic community.

This is the traditional view of autism that I and others dissent from, I’m a non-conformist autist and express this through acts of subversion as an artist and though heretical words as an advocate.” 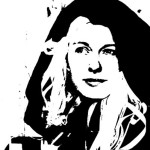